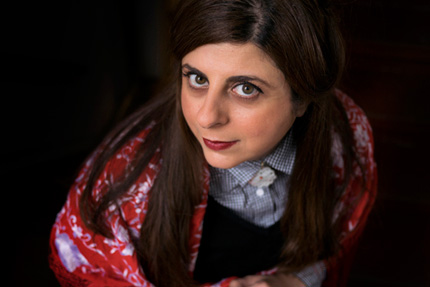 In 2007, I started developing ideas for two projects, which were different from anything I had ever done before. During this stage of my creative development, I wanted to find an alternative to the art market and to forgo participating in successive artist residencies, for more often than not, this prevalent contemporary practice, breeds a homogenous way of thinking. I was searching an independent route, one that would provide me space to expand my thinking. This is how I came to be a PhD candidate at the University of the Arts London, undertaking research with the support of a studentship award and affiliated to TrAIN[1]. At the time, practice-based PhDs were not commonplace nor was it well defined yet. Hence, I found an opportunity to create my own field of studies whereby art could extend itself beyond disciplinary divides. This intense period of voracious reading, reflection, learning and experimenting - not to mention the invaluable skills in fieldwork and theoretical research that I was acquiring - provided me enormous freedom. It gave me insight into a creative direction I had not previously explored. It introduced me to my love for storytelling, which expressed itself not only in film but new narrative possibilities for the web. However there was still so much to understand about this new passion of mine.

My first film, the experimental short titled, From the Bed & Breakfast Notebooks (2007-09), was selected for New Contemporaries 2009, which is the most notable platform for showcasing work by artists emerging from British Art Schools. Whilst I was thrilled that the film received this reception, I came to recognise that the gallery was not the most suitable place for the work, unless it could be viewed in an entirely dark space. Being a narrative film, it required an uninterrupted space to view it from beginning to end. Without excluding the possibility of exhibiting the film in a group show, I felt the need to seek more suitable contexts to experience the work. I still had so much to learn in terms of the distribution of the kind of work I was now making.

In the meantime, I was also working on Dream Homes Property Consultants (DHPC), which in its early phase, I described as a ‘web-based art intervention’, as I did not know how else to refer to it, for its sheer hybridity. As the piece developed, the initial idea of using irony to create an intervention in cyberspace was no longer the emphasis. While it remained an important layer of the work, my explorations and curiosities took me elsewhere. For the following nine years, I became involved in experimenting with novel ways of using the documentary form for the web. My interest in technology was not due to my fascination with its constant newness, which is a widespread impetus for instance in the field of digital and net art. Rather, I wanted to see how I could use its contemporary visual language to recount multifaceted stories that explore the intensity of the human experience. The other aspect of my investigation was how to creatively use the web so that the viewer can engage with the content in a meaningful and profound way, without excessive technological gestures, overuse of hyperlinks and social media and the infamous clamour of advertisements. I wanted to transform what Guy Debord called the ‘spectacle’, into a meaningful site for storytelling, disrupting the narrative of power.

From the onset, I came to recognise that with DHPC I was engaged with the documentary genre, beyond its usual role. This was in part due to the socio-political context I was working in but it also coincided with a persistent question I was considering: What is the role of art in our society, especially in circumstances of conflict, occupation, war and colonisation? Whose knowledge and images are shaping dominant ways of thinking? I wanted to engage with matters of justice through art, without losing the sensuality and poetry that is necessary to go beyond the tropes of politics and journalism. Art is a sincere expression that is necessary for any revolution as it expresses individual protest by touching upon collective perception and imagination. In the process, it uncovers our shared humanity. This ‘interactive web documentary art’ - as I came to call it - functions on multiple layers. Without losing its essence as an artwork, it reaches beyond, by becoming a space where social and cultural memory is preserved in the face of colonialism. Storytelling based on oral history becomes the material for which the absent archive is created. The art itself is witness and acts as documentation of collective loss, circumventing the nationalist impulse and belonging to what Desmond Tutu calls the ‘human family’. DHPC would eventually acquire a broad audience. This is evident in the recognition it received from critics, academics and the audience, creating bridges between fields of knowledge that otherwise never meet.

In the course of working on DHPC, ideas for new projects developed. I became aware that in order to realise them, I had to invent a production and distribution model as various aspects make it difficult to follow the established infrastructures. The projects are situated geographically, where the Middle East, Europe, the Caribbean and Latin America meet. To cover this vast territory, requires transnational collaboration, however aside from Europe, and some countries in Latin America (ex. Mexico), there is no film industry to create national partnerships. With the mass dispersal of people, came a dispersal of knowledge and material culture, especially as far as the Palestinian predicament is concerned. Therefore, when working in documentary and research, there is no national library or archive to rely on, but rather private and unidentified collections from individuals scattered in different corners of the world. Then there is the fact that these works straddle between genres, medias, languages, disciplines, histories and cultures making it difficult, as funding is concerned, to unpick these contrasting parts. This brings me to the genesis of Ciné-Dérive, which I founded in order to think through the production and distribution questions that arise along the way of every idea. Creative autonomy is linked to the economic framework therefore I wanted to be actively involved in upholding the spirit of independent thinking in order to make possible those stories that would otherwise never be told.

1. See: www.transnational.org.uk: ’The University of the Arts London Research Centre for Transnational Art, Identity and Nation is a forum for historical, theoretical and practice-based research in architecture, art, communication, craft and design’.